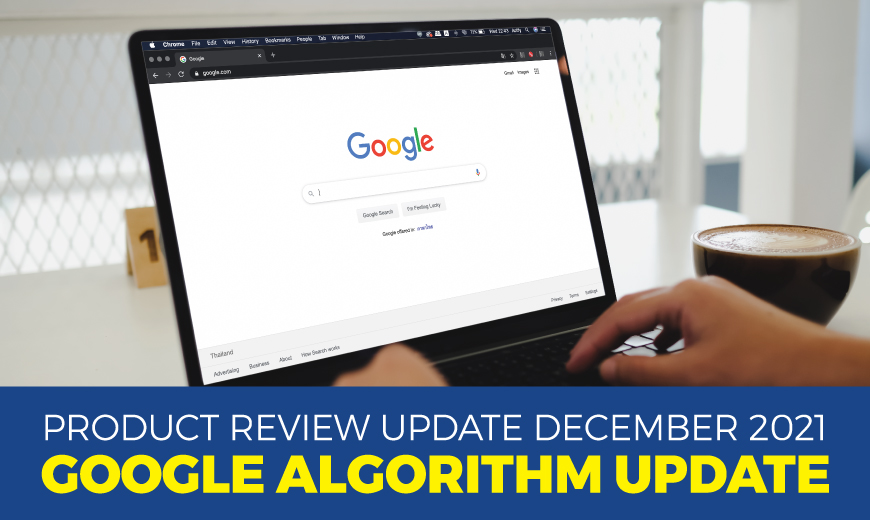 A similar algorithm update was announced in April. Websites that are already improved from the last product review update will have changes reflected in the new update.

In early November, a spam update precedes this new update and a core algorithm update in late November.

Google product review update for December 2021 is meant to improve online businesses’ presence. This release simply says that the business owners will have to make positive changes in the product review content. Google encourages companies to post the most trustworthy and helpful product reviews and related content that helps users with the right decision.

This won’t only improve companies’ marketing activities performance but also build brand trust. After all, online shoppers consider only those eCommerce websites with honest feedback listed on their site from past users.

When Google first revealed an effort to change rankings for this type of content in April of 2021, it released a page full of tips on writing high-quality product reviews for review-based websites.

Here are some of the tips from the official document:

The December 2021 Product Review Update is projected to be finished in three weeks, giving site owners sufficient time to improve the quality of their reviews.

If you have a site that writes product reviews, you will most likely be affected by the December 2021 Product Reviews update. Google will get smarter at identifying spammy and lazy reviews due to this new algorithm update.

Our best suggestion is to read Google’s official documents and guidelines for Product Review creators and focus on providing genuine reviews for your customers/users.

2022 Web Design Trends to Inspire Your Next Website Project